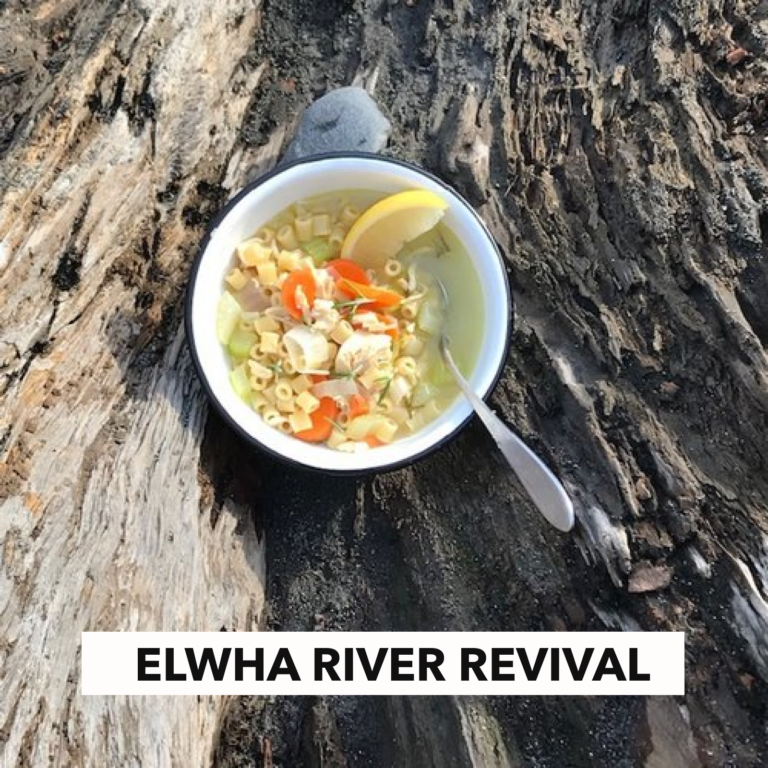 The Elwah River on the Olympic Peninsula has been flowing for generations. Snow melt from the Olympic Mts exits to the Strain of Juan de Fuca, then to the Pacific Ocean. If you haven’t been to this part of the world, it’s one of the most diverse parks home to rainforests, glacial lakes, beach hikes and alpine peaks. Long revered as a thriving habitat and haven for pacific salmon spawning, in 1910, two dams were constructed for hydroelectric power and the natural habitat changed. But in 2012, the dams were removed and through a restoration project, the river is returning to its natural state.

We went on a short walk to the mouth of this great area. Birds were flocking, waves were meeting the ripping rapids and the natural order is returning slowly.

We stopped for a bite and made Chicken Noodle soup with rosemary. We filled our bellies and watched the convergence revival in the shadow of the Olympic Mountains.